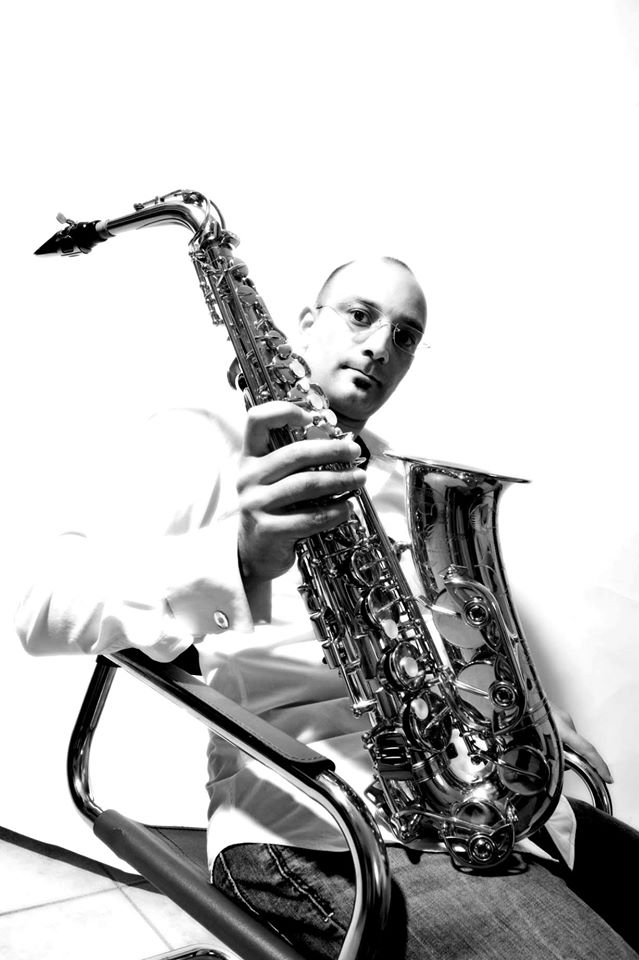 He began his musical career when he was five years old, mainly because his mother was a pianist.

He began studying the saxophone at the age of eleven and graduated with honors at the prestigious Conservatory of Music St. Pietro a Majella, in Naples, under the guidance of M° Francesco Salime.

Since 1999, he began a fruitful and close collaboration with the Orchestra of Santa Cecilia in Rome, which has seen him taking part in numerous recordings such as “A Blue America, Musicom” associated with the newspaper La Repubblica and directed by WYChung.

In 1999 he was involved with the CD-ITALY to commemorate the 50th Anniversary of the German Republic, in collaboration with the Academy of the Berlin Filarmoniker. Again with the Orchestra of Santa Cecilia has performed in numerous concerts with soloists and conductors working class such as S. Bollani, W. Marshall, Y. Temirkanov and recording various events for RAI television and radio. In particular, he participated in numerous concerts with E. Morricone, including the Concert for Peace 2004 in the presence dell’Emerito C.A.Ciampi, President of the Republic of Italy.

Now he is a member of the Saxophone Ensemble “F. Salime” for whom he has performed numerous concerts both in Italy and abroad, participating in the May 1999 Brass Festival in Rimini Italy, and also representing the XI World Saxophone Congress in Valencia in Spain and the XII World Congress which was held in July 2000 in Montreal, Canada. In addition, in Montreal, he took part in a series of concerts at Calabresi associations in Canada and the International Festival of Lanaudier, premiered “Appel” which was a track for 100 saxophonists, in collaboration with Ensemble de Saxophones de CNSM de Paris, The Northern Arizona University Saxophone Ensemble, The University of Southern Mississippi Sax-Chamber Orchestra, earning much acclaim from many critics and audiences.

As well as being a Saxophonist, he also conducts and teaches at several music schools and he is an accredited Saxophonist at state schools where he teaches music. In the field of education, he has worked to adapt the “Thematic Studies” by D. Semeraro (published by the Editions Volonte & Co). Some of my works for saxophone quartet are published by Glissato Edition.

He is also able to conduct and, as Director of Calliope Wind Chamber Orchestra, he has to his credit numerous concerts and participation in national festivals, including the “Festival of the Strait of Reggio Calabria” and the International Festival “Valle D ‘ Itria “Cisternino (Brindisi). He also gained second prize at the 2008 competition AMA Band Calabria at Lamezia Terme (CZ). Again with the Calliope Orchestra he has recorded the CD “Calliope Wind Chamber Orchestra with Donato Semeraro,” published by Editions Eurarte, Varenna (LC) and the “CD Fulget Dies” published by Scomegna, La Loggia (TO).