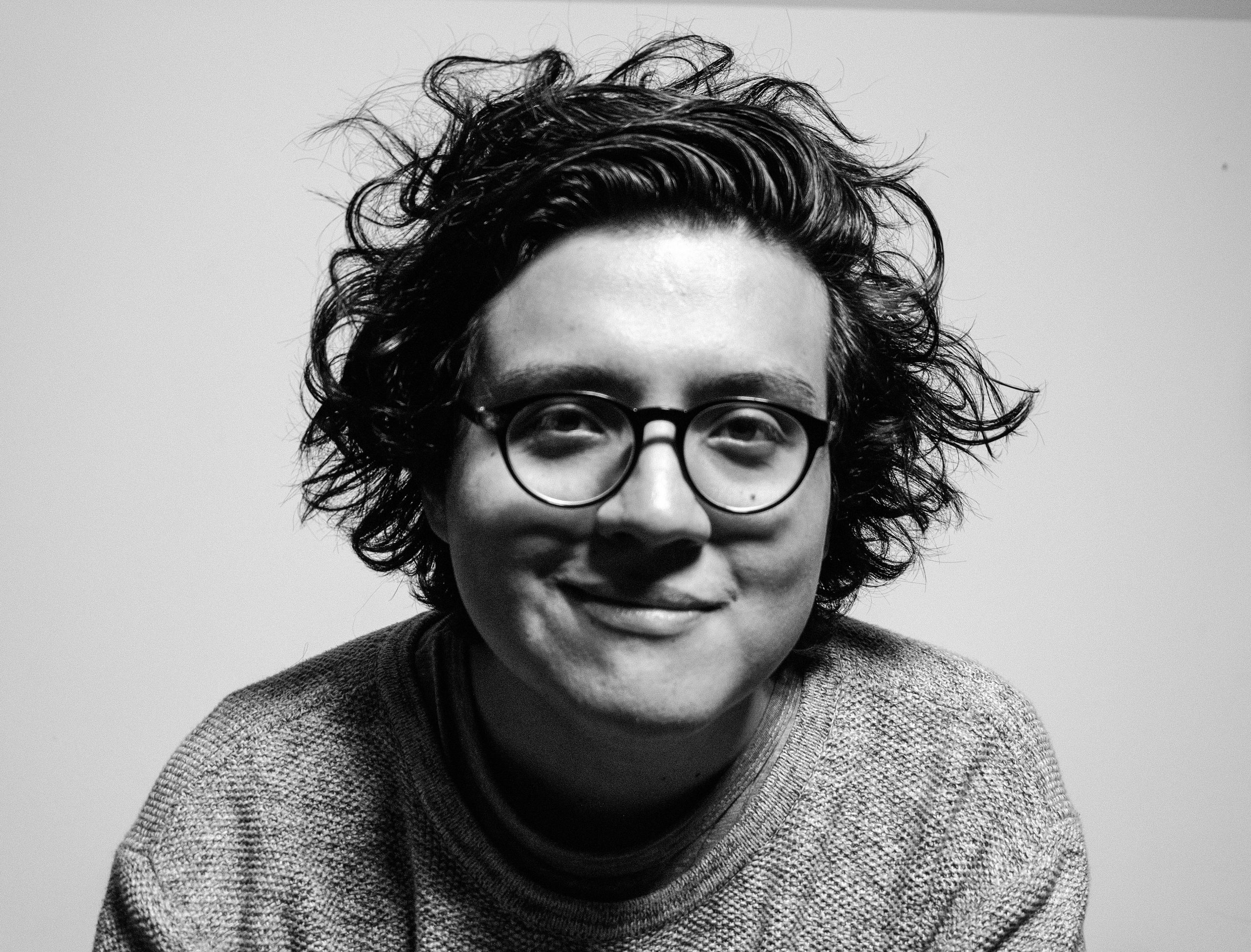 Eduardo Ángel Aguilar Vásquez (or Eduardo Aguilar) was born on September 8, 1991 in the town of Ocotlán de Morelos, in the state of Oaxaca, Mexico. He studied composition at the National Autonomous University of Mexico (UNAM). His graduation thesis ” Autoreflection ” was distinguished with honors in October 2018, in which Eduardo investigates his own process of creation, addressing issues around the concepts of idea, imaginary, perception, representation, thought, design and reality.

Light, paint, paper, motors, plastic bags, percussion machines, a black umbrella, or a dark tunnel of eighteen meters, are some of the objects we can find in his works. His musical practice has extended to other disciplines, in addition to music scores, Eduardo translates his ideas into scripts, poems, graphics, pictorial designs, light designing, instructions for musicians to build sculptures with their instruments, carpentry instructions, execution projects, choreographic guides or an instruction to recite a text. He has experimented in audiovisual platforms, from documentaries to GIF collages. He has developed multidisciplinary projects that include: humor and text; history, scene, dance and music; poly-sensory sculptures; geophysics; movement, space and light. Aguilar has elaborated studies where he explores space through visual and sound intensity, in a fundamental way, Eduardo’s main interests focus on energy, movement, space-time structures and the self-representation of concepts in abstract.