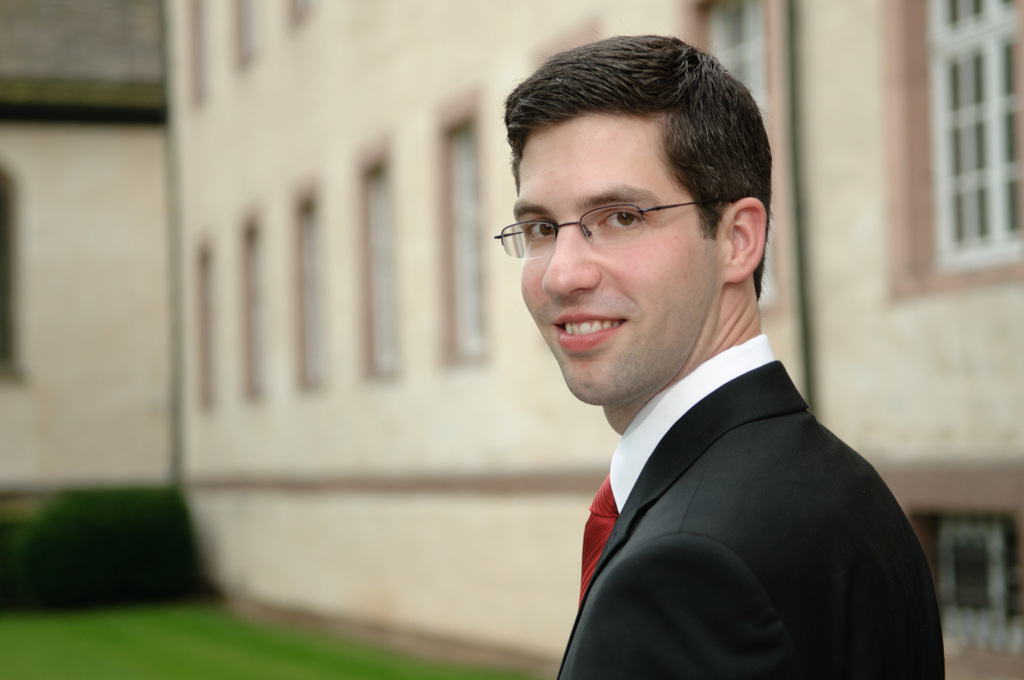 Kai Koch (*1986) studied school-music at the HfM Detmold and Chemistry at the University Paderborn. From 2011-2012 he completed a master degree with the main subject organ under the cathedral organist Thomas Schmitz at the academy of music Münster; from 2015-2016 he also absolved the artistic post-professional Master „ interpretation of choral music“ (Choir leading) by Prof. Jörg-Peter Weigle at the University of music „Hanns Eisler“ in Berlin.
After his traineeship, Kai Koch works as a senior teacher in the church service an the „ev. Trifels-Gymnasium Annweiler“, he also promotes in music pedagogy with Prof. Dr. Heiner Gembris at the University of Paderborn. He took a lectureship for music pedagogy and musicology at the academy of music in Münster, as he had before at the universities in Paderborn and Oldenburg. He is also a lecturer in the field of continuing education throughout Germany called „Musikgeragogik“ (FH Münster, direction: Prof. Dr. Hans Hermann Wickel / Prof. Dr. Theo Hartogh) and gives lectures or workshops ind the context of seniors singing or seniors choir management. He is a member of the Presiding Committee of the BMU NRW.
Apart from several prizes at the National competition for Composition, Kai Koch was awarded in 2007 with the advancement award "Junge Kunst im Hochstift" and 2010 with an active participation at the „2nd European choir-forum for young composers“. Most recently, he won the third prize at the chor.com arranging competition in Dortmund in 2013. Some of his compositions and arrangements have already been published by Helbling, Ferrimontana und Impronta - Edition UG.
More informations to Kai Koch – his concerts, publications and presentations - can be found on www.koch-kai.de.