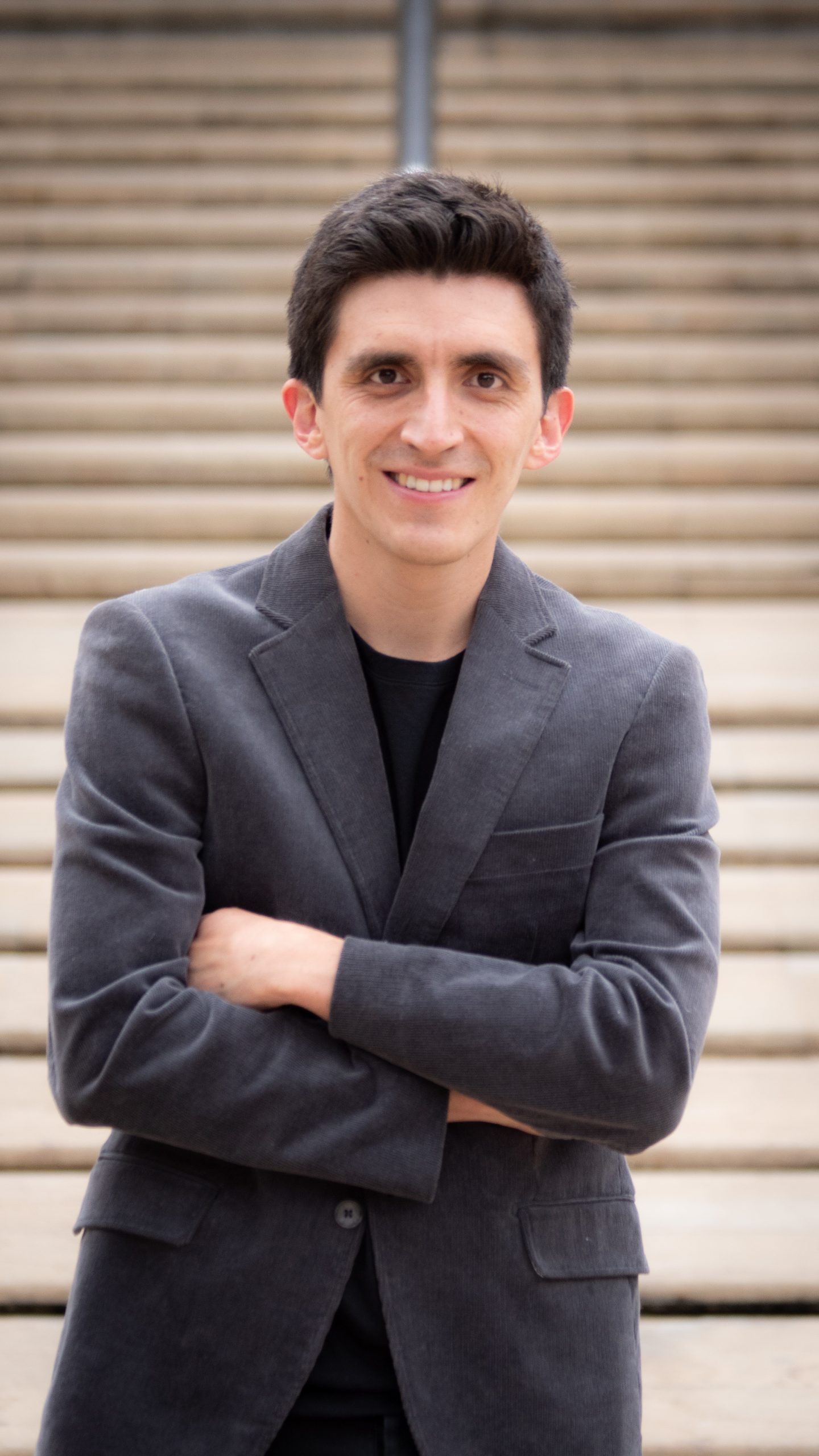 Guest composer of the Impronta Ensemble, his music has been played at the CafeBudapest Music Festival – Hungary, OggiMusica Festival – Swizerland, Festival Campos do Jordao-Brasil.

He was selected three times by the Colombian National Association of Symphonic Music in its program “Plataforma 28”, in the last occasion his orchestral work “Zeit-Esencial-Zeit” was selected as part of the symphonic program 2015.

He has been honored in the “Premio Nacional de Estímulos” Ministry of Culture (Colombia) “Composers under 25 years” in 2011.

He did his undergraduate degree with emphasis in orchestral conducting at the Colombian National Conservatory of Music under the mentorship of Juan Felipe Molano, he finished his Master’s studies in Contemporary Music Conducting under the tutelage of Marc Kissoczy and the CAS with Arturo Tamayo at the Conservatory of Italian Switzerland, Switzerland.

Recently Mateo has won the most important Composition competition in Colombia “Premio estímulos Ministerio de Cultura de Colombia 2019” with his piece “(Bi)centenario” for Orchestra and Choir.