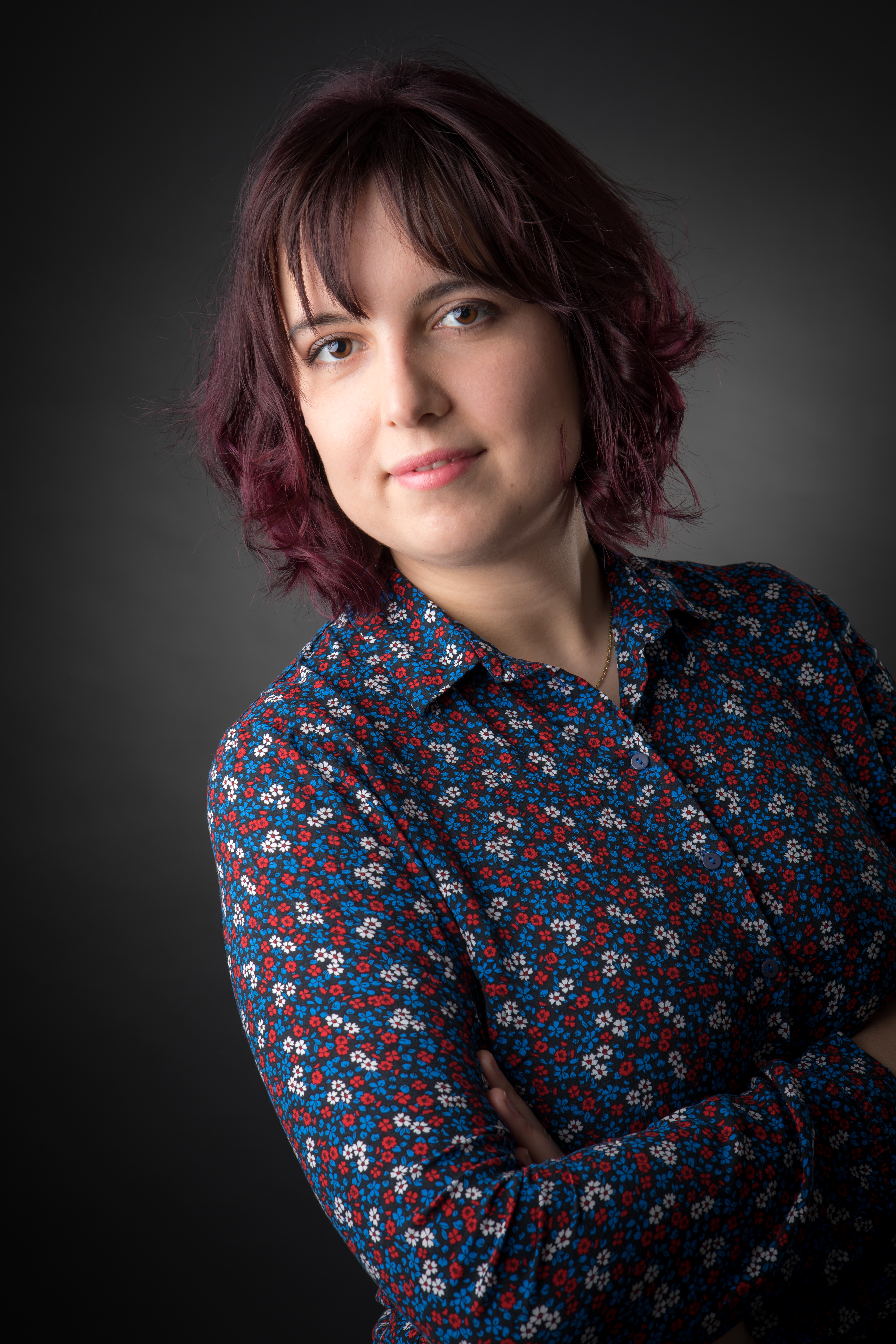 Jeanne V. Lefèvre grew up in a family of musicians in Paris and began playing the violin and piano at the age of five. Already as a school student she studied analysis, harmony, composition, ear training and chamber music and won the third prize at the UFAM violin competition in Paris in 2007. From 2009, she conducted several musical projects with disabled people and worked as a chamber music teacher and orchestra leader at the Garches Music School in Paris. In 2009-2010 she received her “Diplôme de fin d’études” in violin, harmony and analysis and “Certificat de fin d’études musicales” in piano.

In 2012 she moved to Germany, where she studied choral and orchestral conducting at the Hochschule für Musik und Darstellende Kunst Mannheim with Georg Grün, Frieder Bernius, Christoph Siebert, Harald Jers and Klaus Arp. At the same time she improved her playing skills – also at the Musikhochschule Mannheim – by studying violin under Professor Dora Bratchkova. In 2013-2014 she worked as a musical assistant at the Mannheim Opera School. Supplementary master classes have taken her to the Arditti Quartet, the Ensemble Modern Summer Academy and the Ensemble Linea Academy. Since 2014 she has also been studying accompaniment at the Henfenfeld Opera Academy with Denette Whitter.

As a violinist she is mainly engaged in contemporary music . Various solo violin compositions were dedicated to her and she premiered them, including the works “Sayings of the Seers” by Alessio Elia, “Azalée” and “Azalée II” by Christian Dachez and “Gestures” by David Holleber. She conducted the Philharmonic Orchestra of Plovdiv in Bulgaria, the Baden-Baden Philharmonic, the Stuttgart Philharmonic and the ensemble for contemporary music of the Mannheim Musikhochschule. Since 2012 she has been concertmaster of the “Impronta” ensemble and co-founder of the “Impronta” music publishing house, as well as composer of many educational works. In 2015 she led the projects “Beyond the Limit II” and “Talente der Region VI”, which were initiated by the Emmerich-Smola Music School and the Music Academy of the City of Kaiserslautern.

She is currently conducting various children’s choirs and choirs in the district of Nürnberger Land, as well as the “Orchestergemeinschaft Hersbruck”.